Menu
Search
Shopping cart
Why Turbochargers Are So Exciting, and the Basics of How They Work. What does the Turbonator® VGT fit?
Back to All Blog Posts 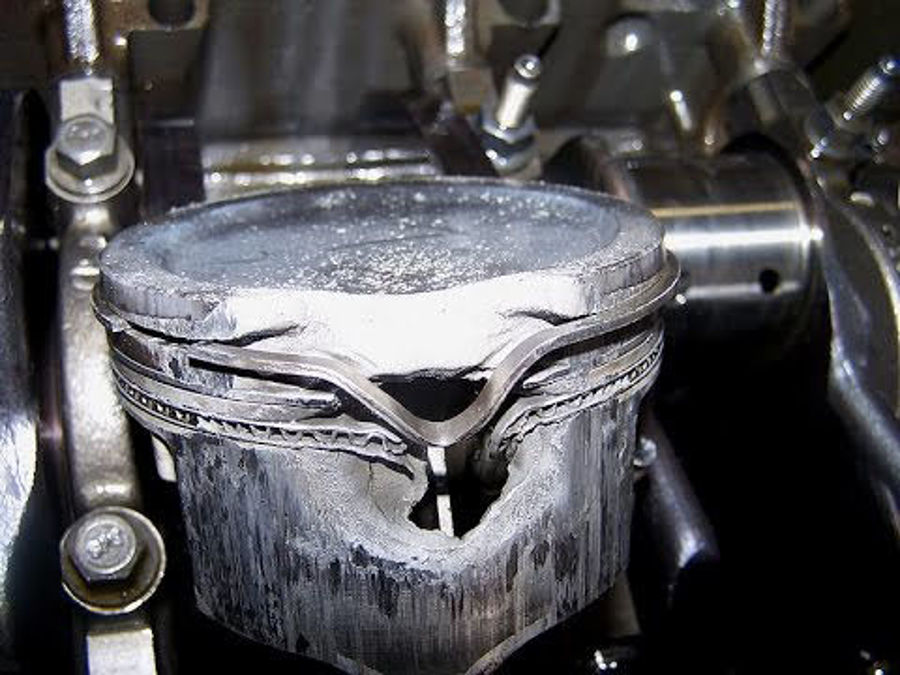 One main reason for the engine failures: Common rail engines have a different exhaust manifold than the older style engines, and they have a significant flaw, in exhaust flow, on the back three cylinders, especially cylinders 4 and 5. If you look at the stock exhaust manifold cylinders 4 and 5 actually blow directly into each other. When a pyrometer probe is placed in each cylinder, cylinders 4 and 5 run approximately 200 degrees hotter than the front 3 cylinders, and cylinder 6 runs over 100 degrees hotter than the front three. So if your pyro probe is in the collector, chances are cylinders 4, 5 and 6 could be as much as 200 degrees hotter than your probe is reading. So if you read 1500 degrees, you're actually at 1700 degrees on those hotter cylinders, resulting in premature piston and engine failure. In many cases the piston (which is aluminum) expands so much in the cylinder, that it actually wedges itself in the cylinder, resulting in the piston material rubbing off onto the cylinder walls, what mechanics call a "stuck piston".

With only a $359 price-tag, it could save you an engine rebuild, and have a crack-proof manifold. Not a bad investment.