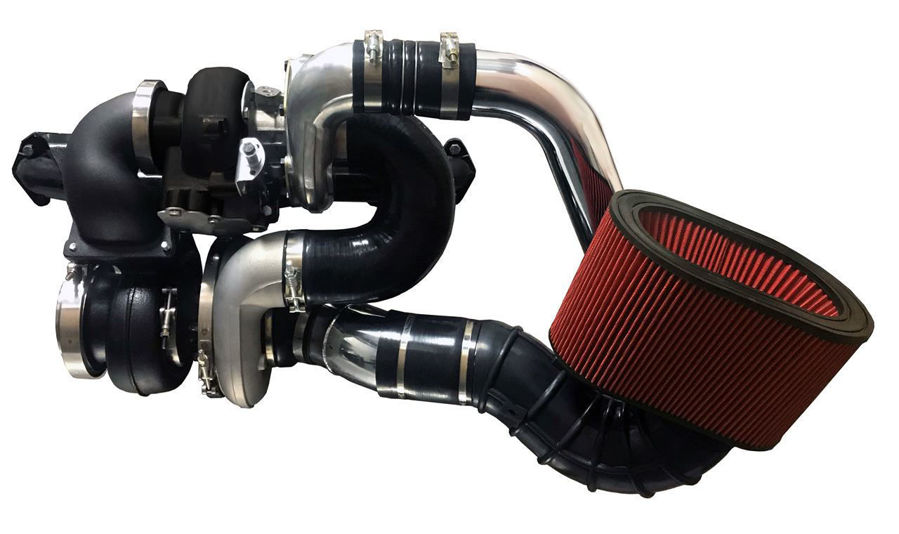 Here is an actual Question from a customer that was looking into our 3rd gen Swap kit for 6.7L and our Answer regarding the "Drive Pressure Cummins Myth on a 6.7 Cummins" & "T3 vs T4 Turbo"

Here are our turbo kits for 6.7 Cummins Turbo Kits.

I have friends that have blown head gaskets because a T3 creates to much drive pressure and the 6.7 flows so much air that it spools a T4 as fast as a stock turbo which is a T4i.

My diesel tech Friend said do not put a T3 on your cummins you are asking for problems.
Because it’s a 6.7. This is my first cummins and I really don’t want to screw it up. Im just tired of listening to the T4/T3 thing. I guess I’m asking if this is true? About the drive pressure.
Our Answer:
Unfortunately, because there so much conflicting information, some of which is popular but wrong, it is very difficult to know what to believe. So here are the facts that we have gathered from very expensive high-tech testing equipment.

As far as T3 vs T4 goes, we have actual CFD testing showing that our wastegate T3 .80/14 housing flows more with the wastegate shut than a T4 S300 turbine housing. The. Our wastegate can flow 22 lbs/minute more than that which makes our T3 housing actually flow the same as a T4 1.1 a/r housing. In other words, drive pressure on our is wastegated T3 turbine housing would be lower than a 0.9ar T4 housing and our housing would spool so much faster. Very similar to stock turbo on a 6.7 truck.

Here’s a link to a video that talks about T3 vs T4:
Hope this helped!